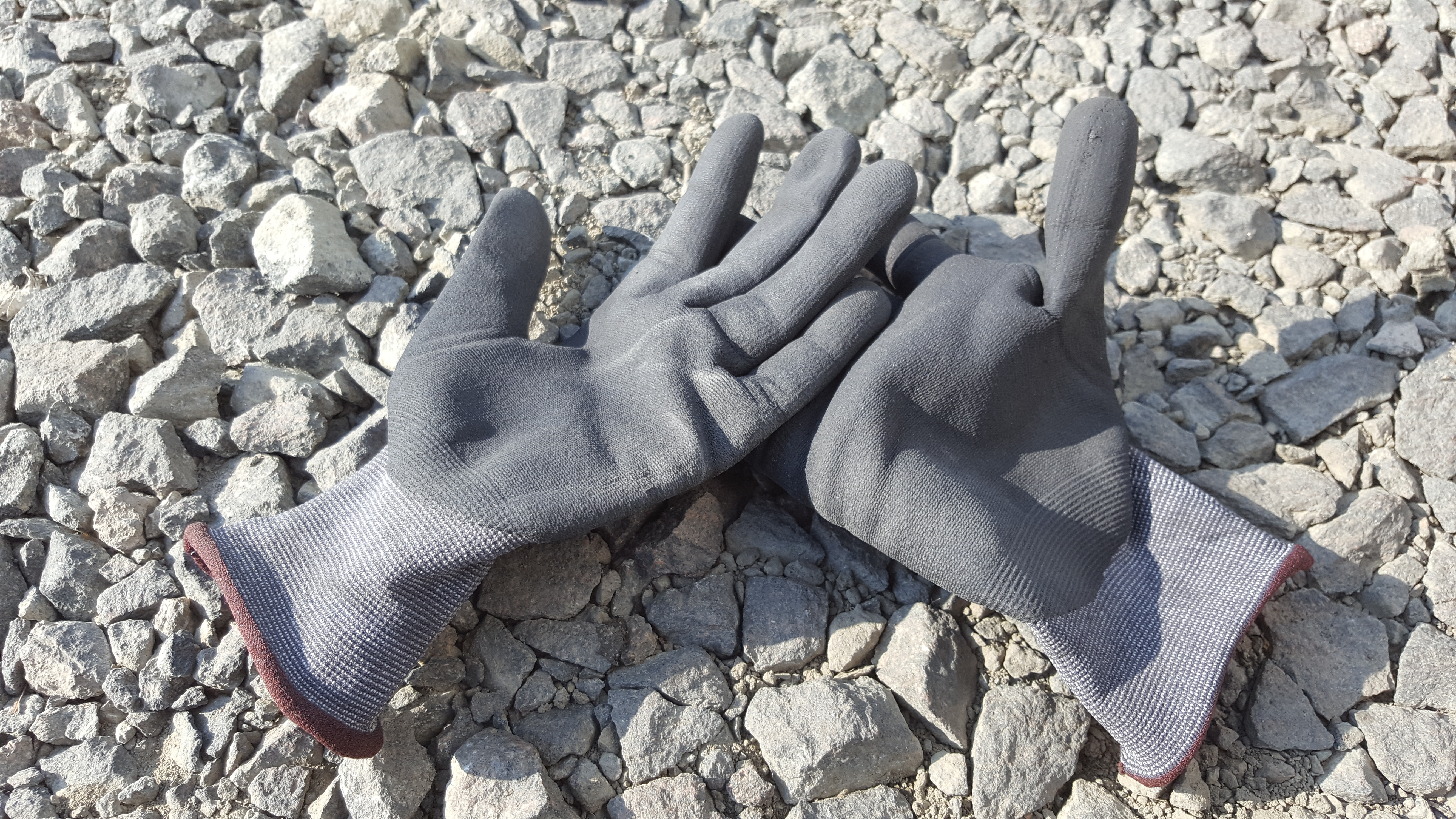 When I first left school the emphasis placed upon protective equipment was pretty scant. We were issued with safety boots and coveralls, everything else was pretty much optional. All of the men seemed to smoke heavily whilst doing most things. Even the painters puffed away beside barrels of uncovered chemicals.

None of the fire extinguishers had the safety pins in them because they were used so often. Sparks were flying everywhere from welding and grinding (not the dancing thing) and lots of things burst into flames on a regular basis. This was a great teacher about remaining calm, nobody ever panicked, you just located an extinguisher and dealt with it. There was no rushing for escape, it was accepted practice.


That was a long time ago, places like that still exist but they are in back streets and unregulated by any governing bodies.

In those days my hands were a mess, I was cut on a regular basis, few were ever very deep but it was common for blood to be dripping. The applied first aid was a quick wipe, no band aids unless it wouldn’t stop, and only because it was getting on to other surfaces.

To this day when I am working around the house the job isn’t fully done unless there is blood coming from somewhere. I am probably just careless but I seldom notice cuts until there is a trickle. This astounded my wife at first, “how can you not know that you are bleeding?” She would say. Nowadays she doesn’t comment unless her nursing skills are required.

Back when I was using heavy tools every day my hands were rough and hard, it was heavy, noisy dirty work.

Last week my uncle requested my welding skills on an old car her has been restoring for years. It has been ten years since I even saw a welding plant but five minutes into it all of the old training resurfaced. The familiar smells and sensations, the molten metal sizzling into the skin on your back (once it has gone down there you just need to let it use your skin to cool down, by the time you strip it’s too late anyway).

That was Saturday, it was a nice retro trip but I wouldn’t want to do it daily.

Yesterday my son and I cleared another section of garden, it was really too hot to be digging, but when the pick axe starts to swing and the hard ground yields to it you just keep going. With the soil loosened we levelled the area discovering a potters field in the process. I am not sure where you locate so much broken clay pipes (apart from our garden) but there are ridiculous amounts of them under there.

It was a successful venture, we achieved another corner of order. Number one son learned to mix mortar and how to fix edging in place and I gained two blisters.

The long wooden shafts of landscaping tools are not like any others. I never get blisters doing joinery work or painting but as soon as I lift a spade or swing a heavy axe, boom, blister central. I was wearing gloves, that made absolutely no difference.

Resistance to rubbing does not happen in a day, in time the skin where my blister was (it burst and is nipping) would harden and become used to the rubbing. We tend to associate hardness with negativity but there are areas of good hardness. In my young days when the hands were hard I got fewer cuts and no blisters. Guitar players fingers develop hard skin to be able to press the strings comfortably.

My uncle produced a trumpet on Saturday to entertain the kids, I had a blow but couldn’t play much at all, my lips have softened too much with lack of practice.

The blisters, I can live with on the few occasions that I get them, I much prefer soft hands.

Previous Entries There will never be another you Next Entries What can you do?