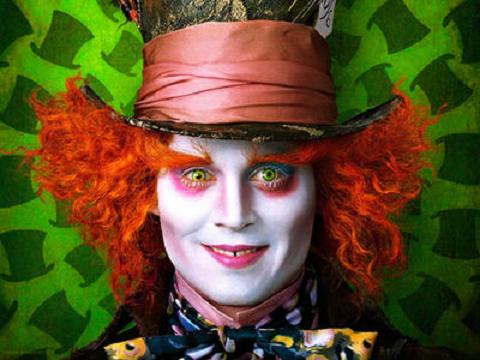 Male pattern baldness would be preferable.

To what you may ask?

Well, on both sides of the Atlantic ocean at the moment we have a storm of pathetic proportions, where two potential leaders are being judged on their ability to govern by reason (and I use that word ironically) of the state of their hair.

We have reached such a sorry place in our public life that this is viewed as a reasonable measuring stick.

I, of course, realise that as soon as you place your hat in the ring of public office more than your head topiary is exposed.

For some time Boris Johnson has been a figure of ridicule and has willingly placed himself squarely within that pigeon hole. He has done little to play down the toff buffoon caricature of himself and has instead played up to it.


Across the pond Mr Trump has stirred more than a few hornets nests with his bluster and straight talking. In a system so accustomed to rhetoric and outright politicising it has been left reeling by this loose cannon riding roughshod over the sensitivities of a media controlled, stage managed circus.

Both of these men are clever in spite of how they are portrayed.

I well remember reading of the quiet work that the second George Bush and Ronald Reagan accomplished behind the thick cloud of media ridicule. Nobody stumbles into public office, it is true that money goes a long way to open doors but to last through a four year term while being an unimpeached imbecile is frankly unthinkable.

In his day Winston Churchill was largely disdained by his contemporaries. He was viewed in much the same way as Boris Johnson is today, both have a similar background in journalism and deep love of history that guides their forward drive.

As we look at the way our respective political establishments have evolved in the last century or so, the UK has changed little. All leaders have come from a familiar gene pool of privileged existence and top schooling. They have studied the traditional route and seldom been subjected to the lack of the people that they end up governing. Such is life, the hereditary monarchs of history were of the same background.

The US has produced leaders of varied backgrounds, lawyers, actors, more lawyers. All of these men have been required to generate vast sums in patronage in order to run for office. The dubious obligations that this brings to bear upon them will never be fully revealed to us common folks but we are not fools either.

I am not sure which out of touch system that I prefer, we have what we currently have and in our generation it is unlikely to change. Democracy has its many downfalls but we cannot have it all, as we watch the bleating and demands for a recount or another referendum because it didn’t go our way should we capitulate? Of course not, the whole point of a free vote is that the majority wins, what now happens is that we go forward and get on with it.

The dangerous alternative is not preferable. To end up with a Mugabe or coup after coup is a nightmare. Or to have a Kim Jong Un with his lunacy and unpredictability would not be a great environment to exist.

Well groomed hair is no measure of ability, the North Korean leader issued state approved hair styles but are we any different if we do the same from the bottom up?

Previous Entries The circle of life Next Entries A fence or offence.

23 thoughts on “Every hair numbered”