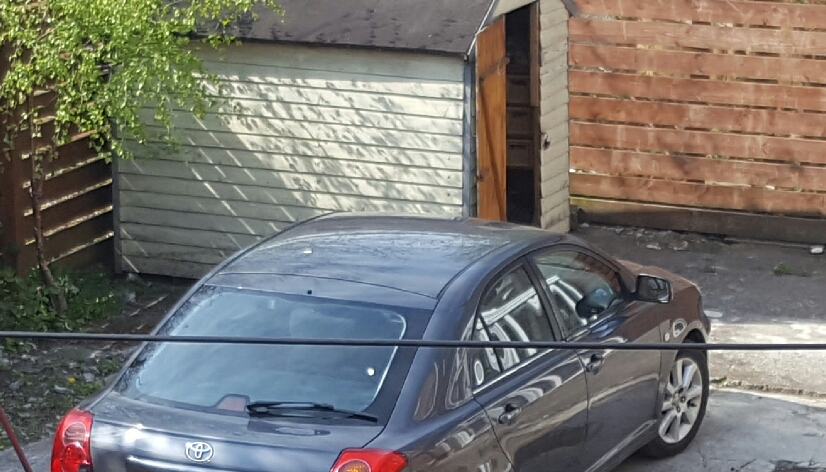 You may remember Baz Luhrmann advising us to “look after your knees because you will miss them when they are gone.”

He was quoting from the well known speech to graduating college students. There are many things that we don’t miss until they are gone, among them for me this week was the ability to stop the car with my right foot.

I was only on trip two of the dozen or so expected to the landfill on Wednesday morning when a fellow road user decided to test her brakes in front of me for no apparent reason. This simple event changed my entire plans for the day and subsequently the rest of my week off from work.

Around 80% of unexplainable tailbacks on highways are caused by people braking, the high speed travel that causes people to lose focus on long journeys also causes reactionary braking. This in a line of traffic can cascade back for miles and result in pointless tailbacks and stationary traffic.


The immediate result for me on Wednesday was that the garden was abandoned in favor of the burst brake line. Ten years of road salt had perforated the pipe to a slender thickness that couldn’t withstand the sudden stomping that I gave it. Gratefully my yanking of the parking brake brought us to a halt with air remaining between our two vehicles.

Upon consultation with the various forums the news got decidedly worse. Talk of fuel tanks coming out and 600 bucks sent a shiver down my spine, this is one of the reasons that I hate cars.

Being a fairly dextrous chap I decided to have a go at fixing it myself. My friendly mechanic round the corner offered to supply me with a new pipe for less than the cost of a ten inch pizza if I could get the old one out. Thus commenced four days of lying intermittently under my car.

The removal of the brake line was remarkably easy (without the need to remove any fuel tank I may add) but getting the new pipe took a further 36 hours. The problem with arrangements that involve friendly mechanics is that I am not the only person he is obligingly helping. Three additional cars had his tools in them by Thursday morning.

However, by Friday afternoon all was reassembled and seemed to be well, I say seemed!

A short drive to my son’s club revealed a further leak, I had noticed that where the brake line attached to an alloy junction the threads were a little worn and had applied some thread sealer. This didn’t work. So on Saturday morning early, number one son accompanied me to a breakers yards and we drove extremely gingerly using the engine and parking brake to slow us as we negotiated the 3 miles each way.

This may be boring you as much as it did me but the option of handing over a chunk of my holiday money for someone else to fix it was not sitting well with me.

Now that I am relaxing in the sunshine with a fully functional vehicle I ‘almost’ like it again.

My life has been held up on numerous occasions by other peoples actions, I have had mess and chaos thrust upon me, as you have, by people who carried on blissfully unaware of their Mr Magoo like aftermath. This week was a great thermostat to measure my emotional temperature .

Very quickly I recognised that it was a great blessing that I was alone in the car at a low speed when this happened. I never hit anyone, and I had a load of time to address the problem. Although the mechanic was a bit of a hindrance to progress it meant that I was able to meet my friend for coffee. His slow progress was nevertheless progress and saved me a ton of money.

My uncle arrived yesterday with just the correct information that I lacked to complete the job and save me even more money.

Baz was correct. My uncle can barely walk because his knees are shot to bits from lack of care.

It is possible to drive a car with no brakes, but I don’t recommend it. Years of subconscious braking has programmed my right foot to do it automatically. The trick is knowing when to stay off the pedal and keep moving.