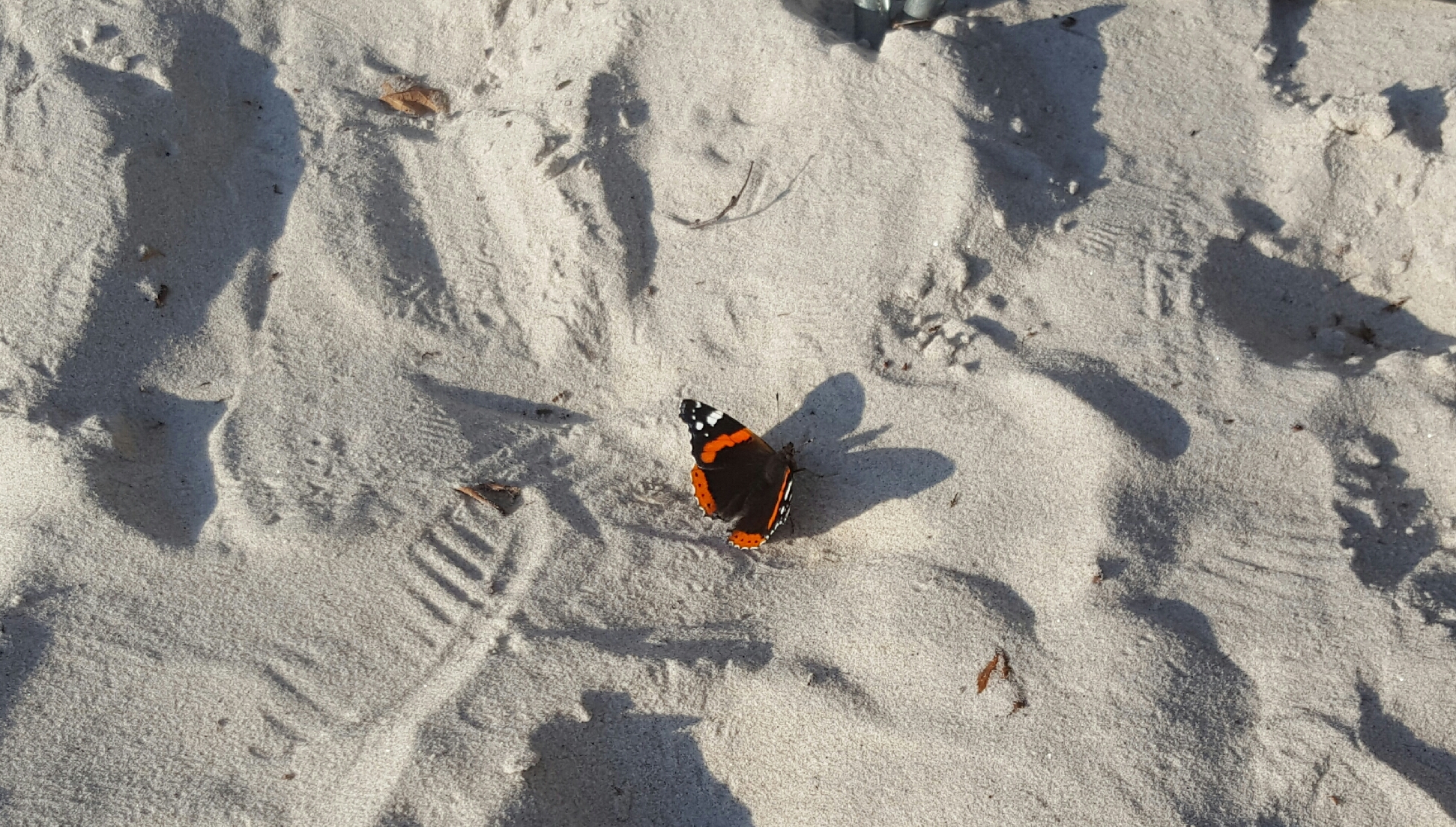 They say that life is made up of moments sewn together by memories, I don’t know who said that but or who ‘they’ are, but I like it.

This week was one of those times.

On Thursday of last week the long range forecast was predicting a warm sunny start to this week. I decided to take Monday off and get our little family away for a final foray before school went back.

So on Sunday morning my wife and I packed the car and awaited the return of our brood from their aunt and uncles where they had been overnight. It was a quick turn around for them as we set off Northward.

I have long loved sandy beaches which was a bit unfortunate having parents who didn’t. Sand is a wonderful thing to me, I used to love jumping from ridiculously high ledges into a sand quarry, safe in the knowledge that I would slide gracefully to a halt unhurt.


This being the aim and prerequisite for our destination we headed to the west coast. I have long avoided this area of Scotland in the summer because of the dreaded midge. If you are unfamiliar with this bug count yourself fortunate. It is a 2mm blood sucking menace that lives, breeds and dies in a 24 hour period, during this time it aims to irritate as many humans as possible.

The bite is miniscule but the red spot that it leaves is itchy beyond belief and many a holiday has been ruined by these tiny terrors. We had bathed in repellent and even run it through our hair in an attempt to deflect the beasts. This was largely successful.

As it transpired our journey was a long one.

140 miles on a good road is around two hours, this was not a good road.

People travel from all over the world to see this part of our country and most of them were present on Sunday, it’s inaccessibility is part of the enduring charm. Narrow roads and slow drivers could make for huge amounts of frustration. Not on Sunday, we were all in good spirits and enjoyed the mountains with bundles of confectionary to hand.

Four hours after setting off we ground to a halt overlooking the most perfect beach. 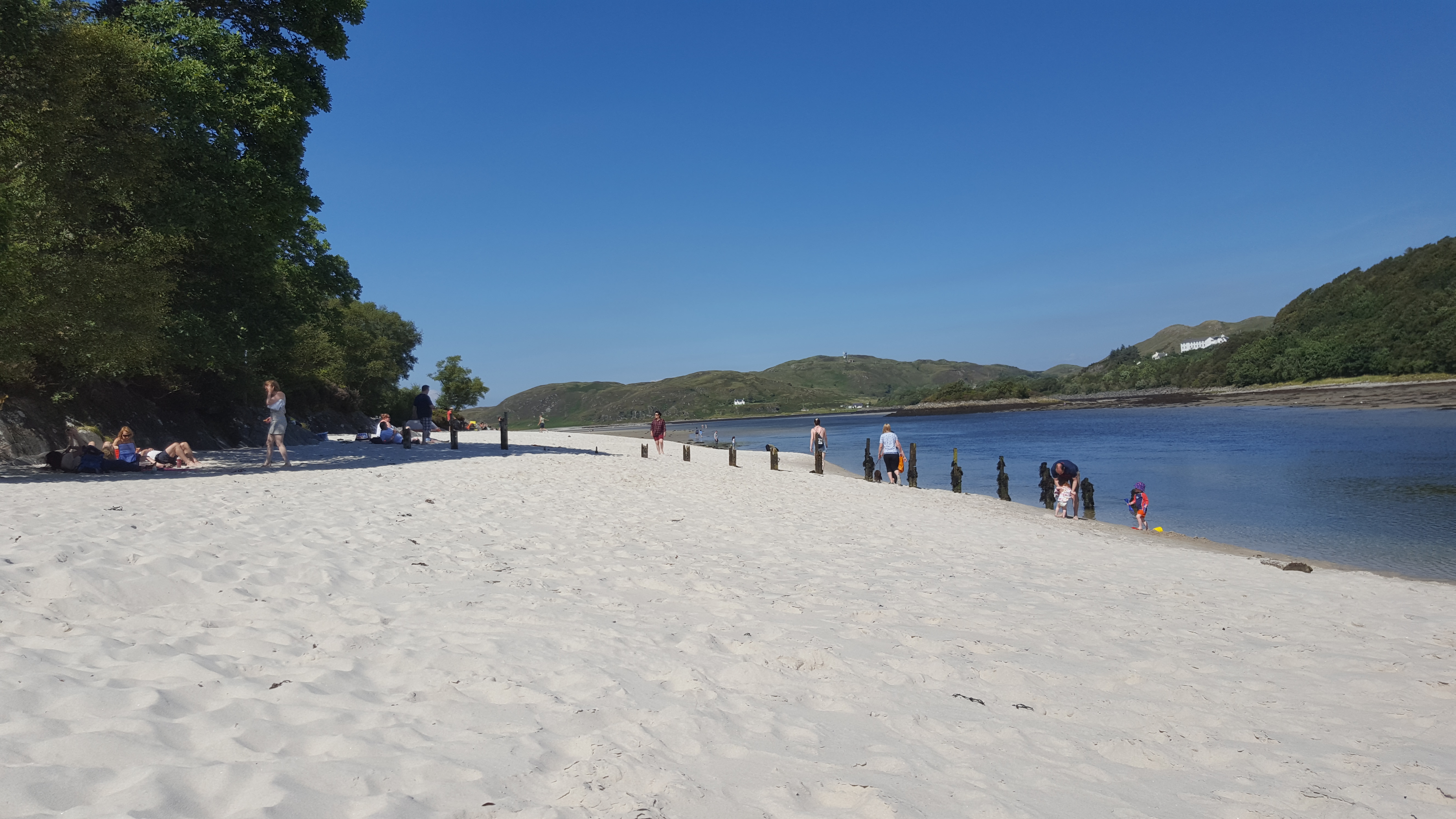 We unpacked the tent and the basic equipment that we had brought and set about making dinner.

The story that I am about to tell you is totally true (apart from some obvious details).

Imagine if you will an otter, let’s call him Olly, Olly the otter. Bright and early on Monday morning he silently enters the river looking for food. He knows just where to look and his speed is matched only by his agility, soon he spies a salmon almost as big as himself, but knows his capabilities. In a flash the fish is dead and being dragged ashore.

Meanwhile, along the beach a large beast stirs. He too is hungry but is contemplating cereal and bacon. Soon these to paths will cross and produce an unexpected outcome for both.

As I enjoyed an early morning stroll with my second child we happened upon the unfortunate fish, its neck (do fish have necks?) was missing completely but it was otherwise intact. After a brief conversation it was roundly decided that this was now going to the entrée to our breakfast.

So over a fire a large side of salmon was cooked with heather infused smoke. We never did see Olly, but he later stripped the remaining meat from the returned carcass. I would have loved to have been there as he described with confusion his unfortunate and confusing Monday.

I could go into my stupidity at forgetting my medication and the slow descent into grumpitude, or the poor people who met the sharp side of my tongue on the long journey home. But we made a wonderful wild camping memory, the woods were our latrine and the river our washbasin.

Two days were enough, sand is lovely in a photo, not so much in your hair and ears.

It is my hope that we will long remember those sunny two days camped by the river, eating stolen salmon and freshly picked clams.

For these are the moments that make up our rich tapestry.

34 thoughts on “Into the wild”