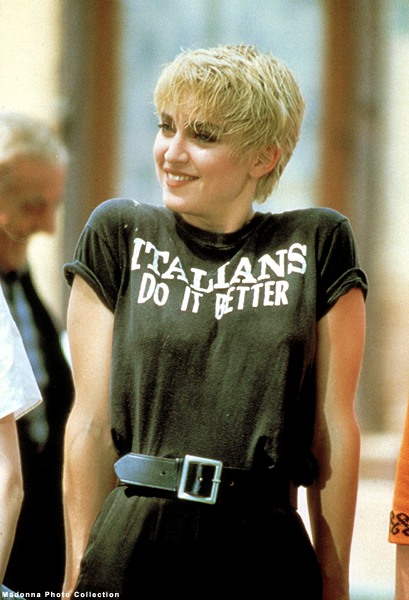 Drifting across the silence of my workplace before the buzz of productivity begins comes the the strains of possibility.

The breakfast show hosts have ceased from their inane yabbering for a few minutes as this golden oldie flashes my mind back to a moment in time. Frozen for 29 years in the recesses of my memory it quickly thaws and plays out on my internal screen.

It was a time when anything seemed possible, we commando crawled through plum laden orchards to relieve them of their fruit as irate owners bellowed from their windows. Seriously though, how many plums could one old man possibly eat in a season, we were doing him a favour really. I say old but he was probably a similar age to what I am now.


To access the bounty we needed to scale a garage wall and run across the roof, the garden wall was high on three sides and required great stealth and silence to enter undetected. Once in, it was a case of quickly filling pockets (nobody thought to bring a bag, we were boys) the only way out was a ten foot drop at the foot of his garden on to the river bank, to a teenager this was no obstacle.

Many such raids were carried out with the precision of Ocean’s eleven over several years. We came to know which trees were in fruit and in what order; apples, pears and plums all filled our theiving little bellys.

Around that time I discovered music, new music. Up until about eleven years old we would listen to all of the stuff our parents listened to. There was always the radio on the school bus to keep us up to date with newer music but my parents were nostalgic from early on. Anything new was regarded as dubious.

Each morning I awoke to a picture of Madonna on the sloping roof above my pillow, my walls were plastered with posters of bands but she was given pride of place.

On a Friday night I discovered that most of my peers had been going to a community centre, I am not too sure how this knowledge had passed me by up to that point. It was a fantastic thing really, basketball, snooker, pool, foosball, table tennis and a crafty bit for the girls. All of this for pennies.

In a corner of the building there was a room that I discovered with my friend one night by chance, the door was always shut but unlocked. We ventured in and it was empty apart from benches around the wall. It was pitch black apart from tiny bulbs in the ceiling, I am not sure how they did this before the availability of led, this being mid eighties.

The floor was extremely slippy and the room was quite hot, but pumping into it was music, glorious new music. Somebody in that centre bought all of the latest songs and played them without comment all night. I have often imagined some music lover spending his Friday nights in total bliss somewhere out of sight with all of the latest music.

That was not an accepted practice in my world, but in that little room nobody saw. Occasionally some others would enter for a bit, stay a little while and then leave. Two 13 year old boys jumping around and sweating a lot was probably not that great a sight, but we were genuinely happy.

Soon after that my mother got a promotion and we moved town again.

I never danced again after that until I was married.

The sentiments of the Starship song are aspirational and I agree with them in principle, life has other plans. Lots of things stop us, but to keep pushing on in spite of the obstacles is the only way to beat them. Some require a long climb to get over, others you can step over, sometimes you need to detour completely. But that’s alright.

I have a life that is way different to the plans of that 13 year old, but it is a very blessed life.

Previous Entries Neighbours Next Entries Sowing for your future