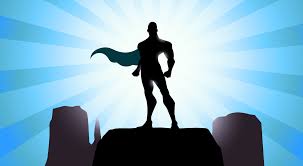 It’s funny (to me at least) how some advertising slogans lodge in your memory.

In the early eighties Martini ran a campaign on TV which featured a roller booted waitress with huge hair and small skirt delivering drinks. She swished through the streets to a group of yuppies with the tray held high and the glasses glued to the metal tray (they probably were) with tremendous flair. The tag line was, anytime any place anywhere is the right time.

From early childhood I have been in possession of a special power, I don’t recall when I first discovered it but it always seems to have been present.

Perhaps that is why I am drawn to shows such as Heroes and the like, these gifted individuals use and abuse their powers in a variety of ways. Mine is not such an ability. I don’t have a cape or a mask, I am not prowling the streets at night righting wrongs. There is no underground cave where I monitor police channels, neither is there a hidden island with fantastical machines and wealth to support it.


My special power is much more personal, it doesn’t benefit other people, I cannot harness or subdue it to be a blessing to the unfortunate. Because my gift is sleeping!

It’s not really that helpful to others.

As a child we visited with a lot of people, after church on Sunday we invariably would be in someone’s home for tea and cakes. After eating, the adults would settle back down into conversation until midnight. My cut off for alertness and being awake was around 10 pm, and so I would retreat into some corner of the room behind a chair or couch and use my power.

It became something of a joke that when it was time to leave the hunt would begin for me, under coats and tables, behind furniture or down the side of beds. Thus I became a Martini sleeper.

I developed these powers into almost a professional degree of proficiency as time went by.

I could sleep in cars, under trees in a field, on sun loungers, on beaches, really nowhere was out of the question. One time as a leader at a summer camp I was being hunted by a crowd of screaming children who eventually gave up trying to find me, I emerged two hours later from a bush, refreshed but alone, as they had all moved on to something else.

Another time on a sea fishing trip after vomiting for 90 minutes I fell asleep on the deck outside of the cabin whilst hugging the exhaust pipe. It wasn’t a completely wasted day, after my sleep I caught a bucket load of fish.

Throughout my whole life this special power has remained strong, I put it extensive use during a period of unemployment and became extremely good at it. In times of great stress I have slept soundly, I have collapsed exhausted after arduous days and dozed through lazy ones.

My daily power nap at work has kept me going for years.

There could be better abilities or special powers to possess I suppose, flying would be handy, great strength could help and teleporting would be a time saver.

Having the ability to sleep anywhere, anytime and any place has kept me sane over the years, give me a ten minute nap and the world is a better looking place. A good sleep can reorder my brain in ways a year of therapy couldn’t, perspective is restored and sense returns.

10pm is still an achievement some nights for me, but nowadays I don’t sleep behind couches, I just have a coffee or go off to bed.

Previous Entries It's all about......... Next Entries Don't sink the boat when you lose hope.