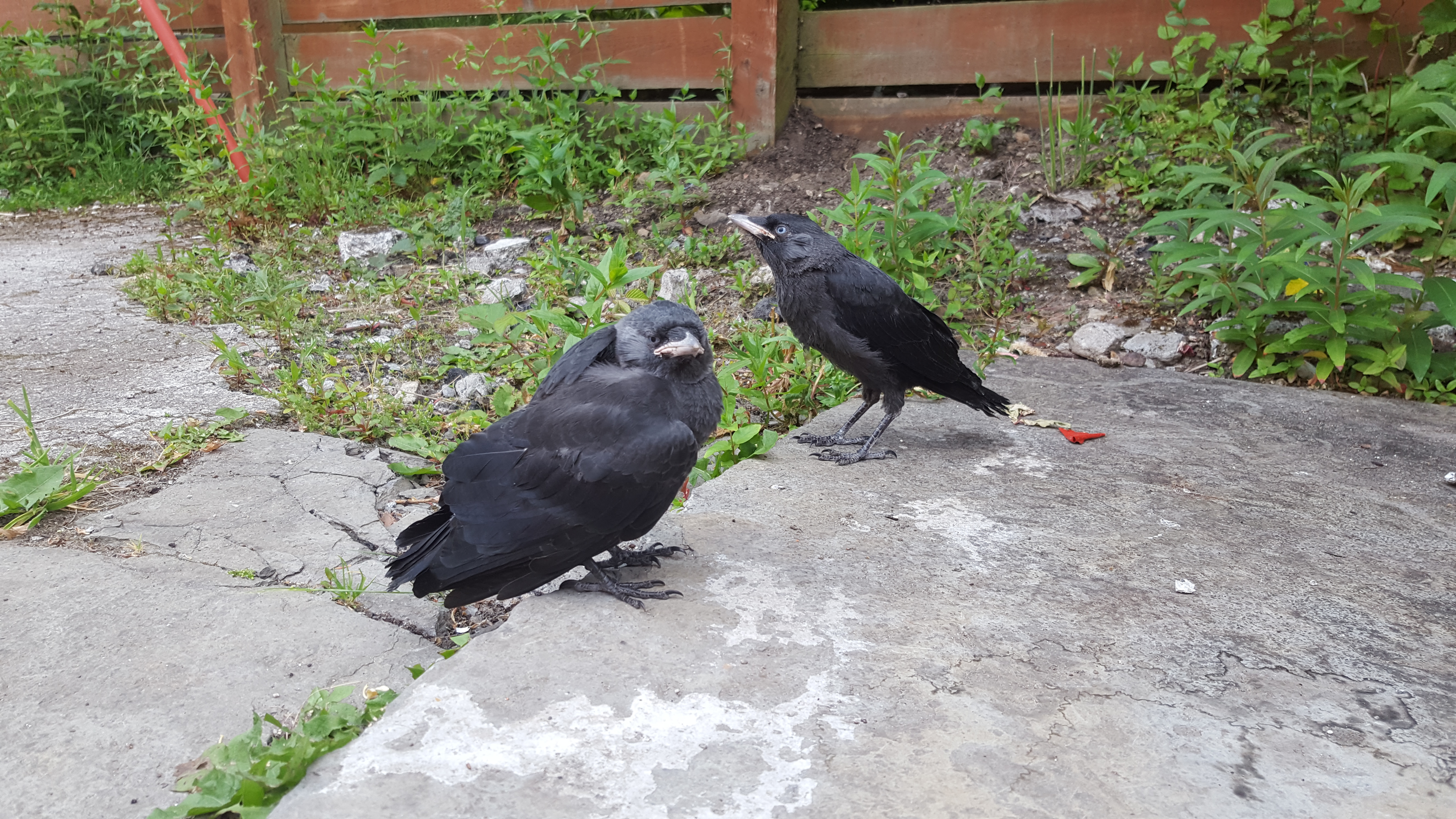 Sometimes I think that I am in a Doctor Dolittle movie.

Honestly. I used to go walking in the woods near our home and would return listing the wildlife that I had encountered. Friends who also frequented these same woods could spend a considerable time there and see nothing. I would see deer, rabbits, squirrels,  hawks and countless other species in a single visit.

We live slap bang in the town and yet into our garden comes an almost ridiculous array of wildlife. We used to have a bird feeder but the storms late last year uprooted it and layed in a location unknown.  So we don’t put food out, our bin is a large generic plastic thing that is impenetrable for 13 days of each fortnight. The 14th day it overflows!


In our garden we have seen:

To name but a few.

This week for me has been very birdy for me.

Spending time outside you get to observe the world of avian life. I threw a blueberry that had fallen on to the ground and a magpie swooped down to collect it unchallenged. The next day I was being watched by four species of birds, the grape that I tossed was collected by a crow. He flew up to the roof with it to enjoy his bounty, he was soon joined by another crow trying to steal it. All was going well until a magpie swooped down, these flying spatz are like the resident gangsters, even the seagulls scatter when then appear.

It is funny to observe the pecking order first hand, I have never much bothered with this hierarchal system, have your pretend place of authority if it makes you feel good. I am content not to be part of it.

I had never noticed the noise swallows make in flight before this week. They zip around like those plastic toys dogs have, if took me ages to realise it was birds and not two dogs in the houses near my workplace. As I said, it has been a very birdy week.

On our roof terrace there is a blood spatter worthy of CSI, given that it is 15 feet up and only we four use it (three this week) it was a little odd. I am used to bleeding without realising it but on this occasion it wasn’t me. Concurrent with the appearance of this blood was a crow in our garden that was obviously not too well.

We concluded that this bird was a baby because of the ever present parental supervision, but quite what has transpired we are none the wiser.

Being used to resident wildlife a flightless crow is nothing too special. It has however now been joined by another flightless crow which begs the question if we are to be some kind of crow hospital. Are we an asylum, will it become a murder of broken birded babies? Crows are renowned for their intelligence but when I arrived home and drove directly at crow 1 it never even flinched. It can’t be suicidal already.

When I got out of the car it just stood there looking up at me, I of course engaged it with some witty banter (which it never appreciated by the way)only  to be met with a blank stare.

My lovely wife had bought some meal worms for these walking birds and filled a little pot with water which they have ungratefully consumed. I assume it was ungrateful because they never said thank you.

Quite what will become of these two visitors remains to be seen, but I love that they have something many children lack, caring parents. We think that we have do much knowledge and are so advanced in our lifestyles and yet a simple crow family has it more together than a huge percentage of us.

Previous Entries Integrity Next Entries When a murder is good