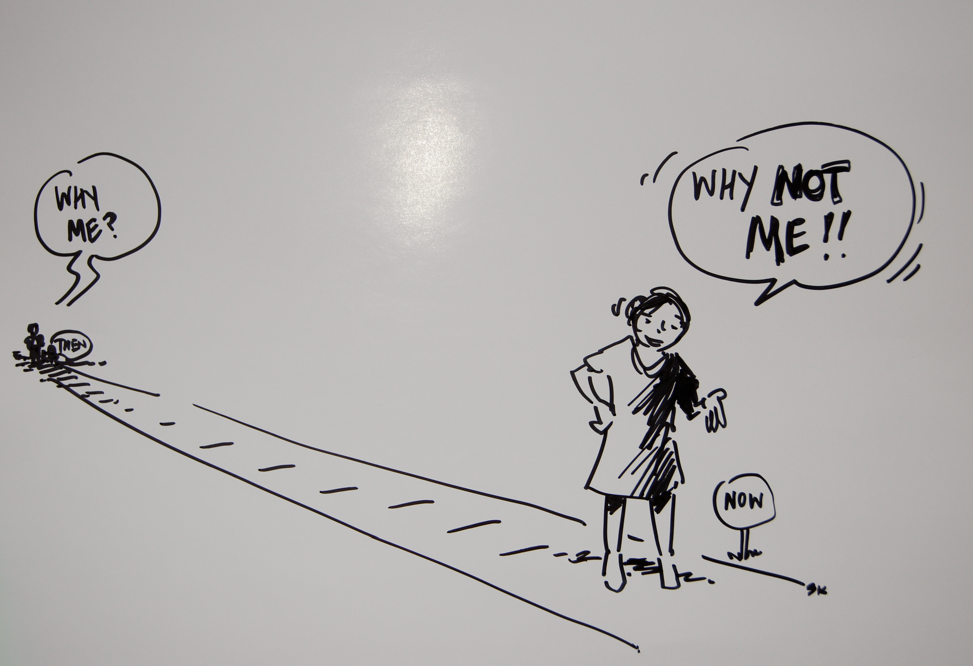 Today was a two cup morning!

Usually Sunday a night sleep isn’t a good one, but I had been so deeply asleep the house could have collapsed around me. I would be coming to surrounded by piles of rubble and a 100 years of coal fire dust from the attic settling around me.

As it was I stumbled out of bed having beaten the alarm by mere minutes, but that was enough to record a minor victory. Our ongoing battle is heavily stacked in my favour at the moment; with the countdown clock measuring seven more early rises before holidays are here I am confident that the alarm will not be heard again before years end.


It would be fair to say that the first hour of uprightness drifted passed in a semi soup-like state. I do try not to administer the first dose of caffeine until hour three in an attempt to stave off the day and use what limited mental acuity is present at that hour of the morning.

Within twenty minutes of ingestion, it became glaringly obvious that the first cup had not accomplished a whit and the accompanying half liter of water was not kick starting normal functioning.

So we resorted to a secondary French number.

Before long all was well. I do think that we have an added complication today of minor influenza symptoms. I like influenza way better than just saying “a cold;” I am not cold! The raw throatiness and attendant lethargy suggests more than just Monday.

All was progressing nicely until my spacial awareness departed for a moment; the brightly painted blue bar to my left was suddenly invisible to the naked eye (well my naked eye anyway) and as it connected with my cranium every tooth in my head clattered off it’s opposite counterpart. (All except the large molar space just out of reach of my radiant smile which was unceremoniously shattered on a mint and subsequently extracted).

Hearing the clang, my colleague assumed it to have been some inanimate object until my draining pallor confirmed the truth of the situation. His encouragement to sit down for a bit was roundly ignored for I am a trooper and will battle on.

I am not sure about the medical reasoning but when I bounce my head off hard things and the pain is intense there is a feeling of trickling blood and the expectation that there should be some enormous gash to display for the amount of pain. It is testament to the tensile strength of hair and the durability of our skulls that we can experience such injuries without serious damage, or in this case none whatsoever.

Needless to say, I am fully awake now!

I am not sure that there is any great lesson in this, sometimes there just isn’t. Stuff happens all the time for no good or apparent reason other than it just does.

There won’t always be a life lesson or something that I should be doing different, it won’t be anyone’s fault and we can’t sue someone. It’s all just part of being alive, and for that we can be thankful.

Previous Entries The curtain of perfection Next Entries Every day is a winding road.