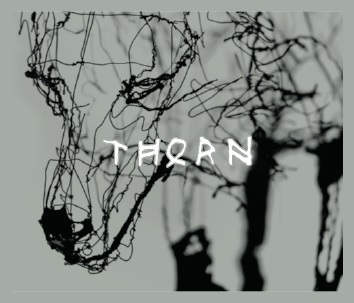 Somewhat rashly I announced on Monday as we drove home the if I get a puncture on my newly purchased bike, “it is getting tossed into the canal.”

My eleven year old daughter is still a little gullible with such things but I was convincing enough that she believed me to be sincere. I have got previous for doing radical things so I suppose she has that as a precedent.

The new bike performed well, in spite of its advanced years everything seems to have been well maintained and oiled. The gears are tight and the brakes efficient, the tyres happily accepted the 45psi for road riding and all was good on the early morning journey. Even my legs weren’t complaining which was a bonus.


I am very grateful for digitally metered air pumps. As a ten year old I stopped in an old garage to reinflate my bike tyres the easy way, this place looked ancient then and is probably long since gone. Being a novice at such things I pulled merrily on the trigger as the air flowed into the rubber. The ensuing BANG caught me completely off guard, the old attendant came rushing out and quickly guessed what had happened. The tyre was ruined and my ears rang for hours.

Slipping effortlessly out of the busy car park on Tuesday night I charged speedily home along the roads and took the usual short cut over the grassy hill leading to the canal path. It was at that point I made a decision with an unknown consequence.

Left down the canal is paved and smooth but requires a stop to cross over the lock gate, this allows me to take another short cut up Poop Lane, so called because of lazy dog walkers. School kids also deposit all manner of lunchtime detritus as they slope back to class, daytime drunks smash their discarded bottles as they pass through.

The 3 minutes it cuts from my commute always seemed like a good pro-con balance.

That has now changed irreparably.

At the canal bridge I chose the right hand path, this is not paved, it is rough and grassy, narrow and overgrown and shakes your bones. Somewhere along that path or just into Poop Lane an inch long thorn drained the air from my tyre in 3 seconds. Thankfully it is only 2 minutes from home, but I refrained from carrying out my threat.

Among the million other questions flowing from her little lips last night as we fitted a new inner tube was the one real question burning in her mind. But no, I never threw it into the canal.

Living with the consequences of those snap decisions can require restraint, but that is what being an adult requires. We could blame God, or fate, or the universe for yet another mishap, but I chose to go down that path. Nobody rise was responsible, yes somebody dropped that thorny branch but I alone cycled over it instead of staying on the clean path.

Today I had a something in my shoe, it wasn’t there when I removed them last night but it was very definitely there this morning. After five minutes of trying to shake it forward with foot still inserted I gave up and removed the shoe. The invisible rock vanished, I never heard it fall to the floor, or felt it when I put my hand deep into the hot corners but it was gone.

It took the same amount of time to decide to remove the shoe today as to choose the thorny path on Tuesday, the consequence of one was a new inner tube and an hours work. The result of the other was the removal of a days discomfort and irritation.

A shortcut may not turn out to be so but an unpleasant job can save long term irritation.