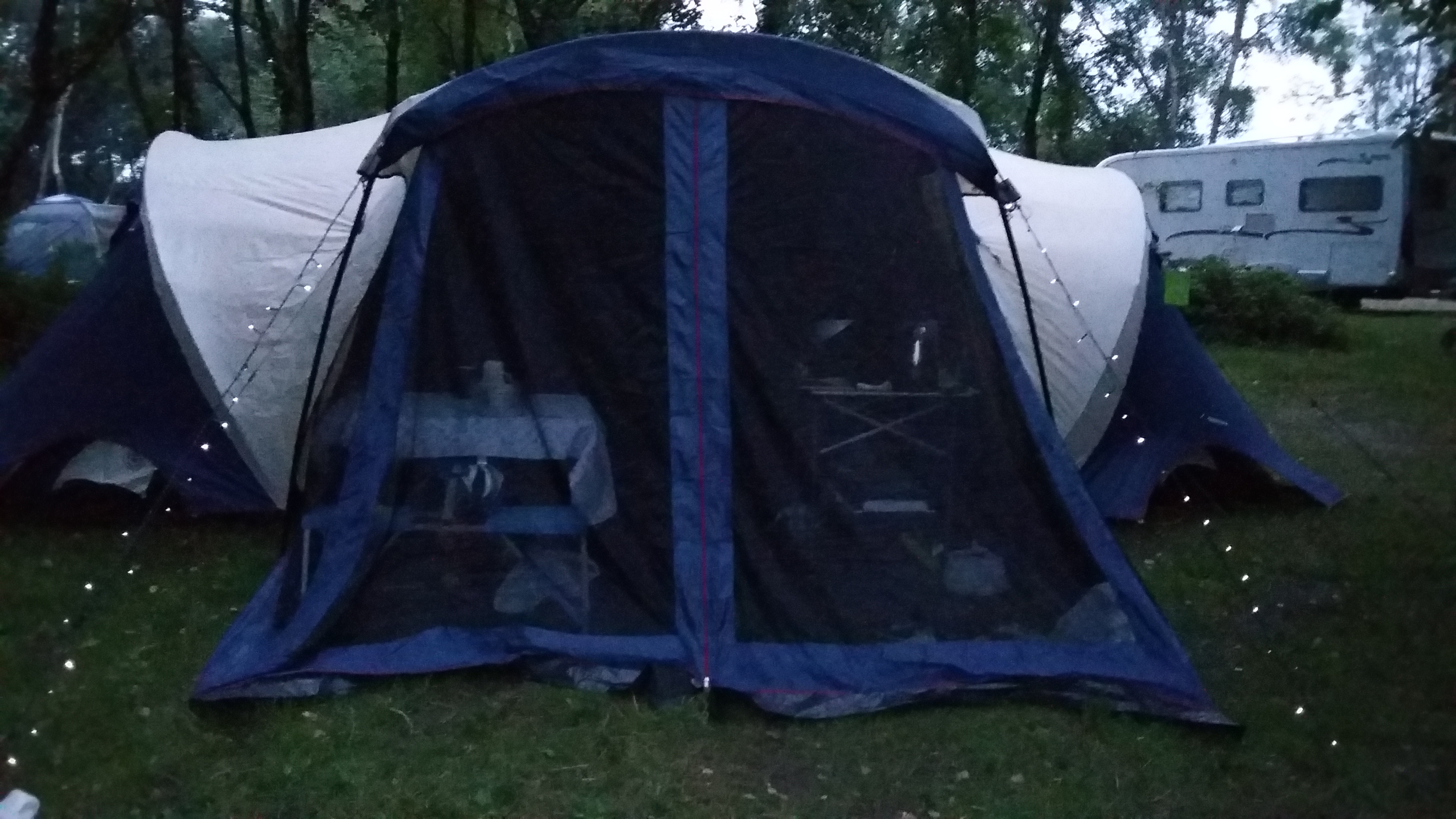 Every year the pattern is almost identical,  as June draws to a close our thoughts as a family turn to living under canvas for a week.

Technically that phrase is redundant as our tent was never canvas, the modern equipment is far superior in breathable fibres and water resistance than the smelly old equivalent. With silicone spray applied twice in the ten years that we have owned this mobile dwelling it is as good as new at repelling water.

I will print off the camping list and within 2 hours we can be ready to depart.

As a family we have loved the experience of camping, for seven years we went to the same location on the south coast of Scotland. We enjoyed an unbroken record of sunshine in that little corner even when the rest of the country was building an ark to escape the deluge of 2010.


Last year we did something that was slightly radical. With the forecast in early July being a blanket of blue over the weather map it was looking like there would be no camping trip. We were booked the following week to go north to our favourite hotel so it wasn’t a huge disaster, however the kids were crestfallen at the prospect of no tent holiday. I do love our two for that, while most children would be having a fit at the thought of sleeping in a polyester house our two are actively seeking it.

We drove all night to the south of England, the sun was there. We enjoyed 5 gloriously sunny beach days and discovered a love for this new location.

The second radical act was is August. On our list of things to do was wild camping, that is, with no facilities(how many 11year old girls have pooping in the woods like a bear on their bucket list – ours did).

Thus it was that we pitched our tent on a sandy beach on the west coast of Scotland. This area of the country has been long avoided because of the dreaded midges that make life unbearable in the summer months. Those two nights on the sand were accompanied by two days of sunshine to rival anywhere on the planet. It was absolutely glorious and the heat kept the bugs away.

On that occasion we had another first, a free standing tent. Ours is designed in such a way that the poles hold up the inner shell while the outer skin protects from rain and at the same time pegs it to the ground for security. On sand that isn’t possible. So my ever resourceful wife concluded that we just dispense with outer altogether on this occasion, her faith in the weather holding up was justified.

The reason that all of this is in my mind this morning in March is because of my daily reading in one of those books that even Christians jump over. It comes number four from the beginning and lists interminably names and statistics of people that lived thousands of years ago in a desert.

Well it turns out God did…and does, to the extent that He wanted us to know about them.

This mobile city had more order and structure than most in our world today. Well over a million people could pack up everything and move on command, and did so for forty years. Central to this tented city was a huge structure which was their link to God, a tent that itself was covered in layers of fabric and animal skins. Inside it the priest alone went to represent the people.

When we arrive at a site on those July days it takes about fifty minutes to completely set up our home. Packing up is around the same. We each know what we are doing and it gets done efficiently. Those long dead people of whom I was reading today all had designated tasks, the  particular ones that spurred all of this were responsible for the poles, supports, pegs and ropes. Sounds a pretty rubbish job but without them there would be no structure at all.

I suppose for me today the lesson is simply this, working on a Saturday would not be my first choice. It is voluntary. However these few hours of sacrifice are the pegs, poles and ropes that help our family to function financially during the tighter early months of the year. The afternoon spent together will be the pegs, poles and ropes that support the relational side of our family and so I could go on.

Suffice it to say that these things are all essential to the maintenance of each of our lives.

6 thoughts on “Escaping with intent”