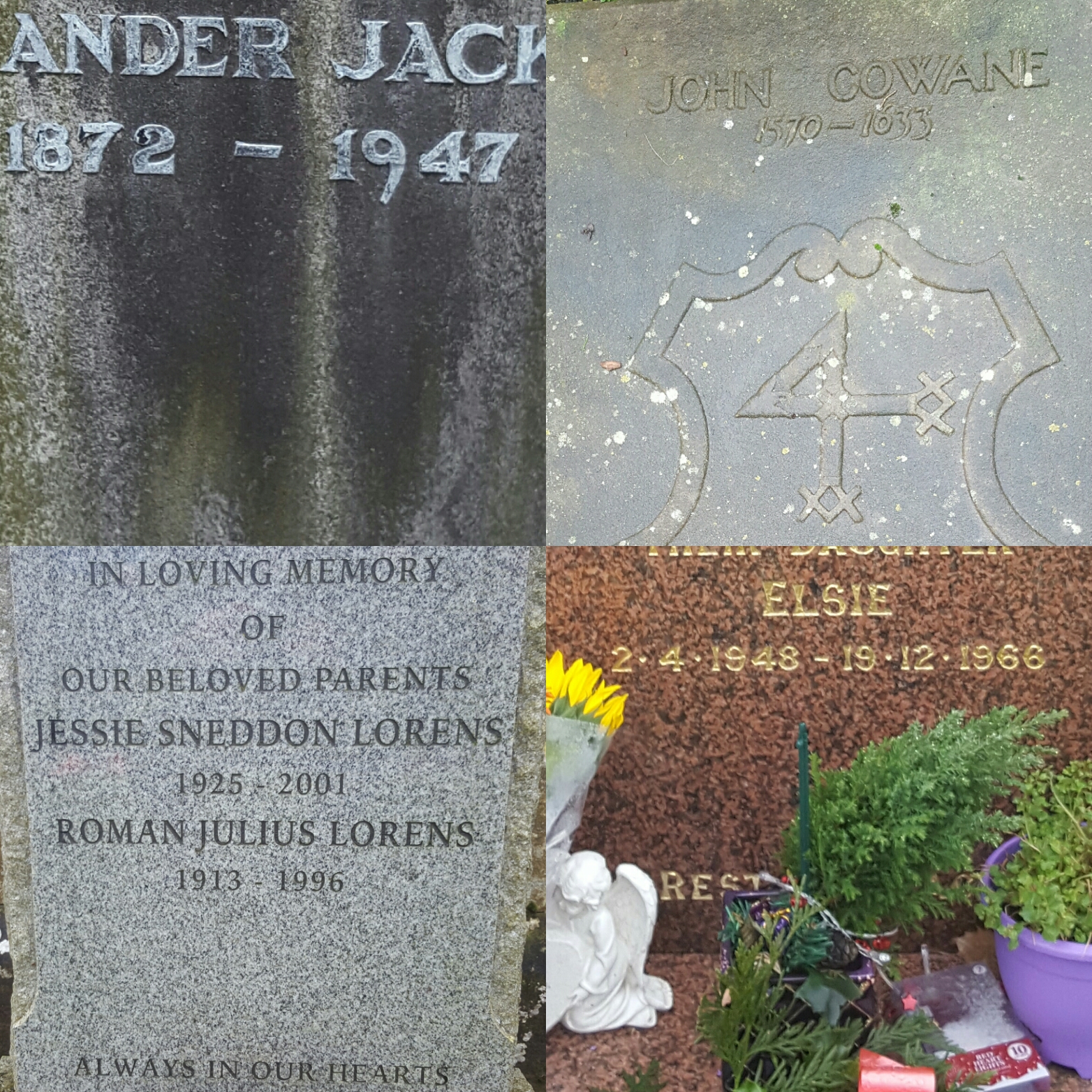 I was wandering around an ancient graveyard with my two boisterous children today, it wasn’t an aimless visit…I had a plan.

The graveyard in question is situated next to and below the castle esplanade in the historical city of Stirling in central Scotland. As graveyards go it is a particularly lovely one, although fairly small it nevertheless delivers on many other fronts.

The headstones are as varied as the occupants, everything from small squat cast iron plates to monolithic marble obelisks rivaling Cleopatra’s needle. The best that Victorian wealth could buy in keeping with their near obsession with death and the deceased is on full display in wonderful grandiose splendour.

My inspiration had arisen whilst watching a movie this week in which the dash on a headstone was pointed out. It was a flippant remark that had two seconds of screen time. These little lines are never more than an inch or two long, they usually occupy a place central to the stone and are not considered especially important.

Contained in that horizontal indent is everything that comprised the existence of a most miraculous creation.

In a cemetery of hundreds of bodies we found only six headstones with this dash, on all the others the verbosity of the relatives conveyed the information in other ways. Regardless of the form, those granite, marble, iron markers all contained little or no information about those lying below other than name, birth and death date and relationships.

One day, sooner or later we too will be a dash between dates.

It is ironic that we are called the human race. For my part, that would have described years one to forty, frantically forging ahead from one thing to the next with my long-suffering wife and family trailing along in ever increasing exhaustion. Sitting in the calm of my study tonight with the Berlin Philharmonic orchestra for company I may be a different person.

The enforcement of an illness in my sub- orbital cranium has wrought a change in me.

Don’t get me wrong, I still have periods of flurries activities and complete task way too fast but the periods in between are more settled and increasingly so would be my hope.

Having had the responsibility of summing up a life in a crematorium I appreciate only too well that twenty minutes and a marble slab are too inadequate to suffice.

All the photographs that fill my phone and virtual world will one day be looked upon in the same way I view 60 year old photos or 300 year old paintings. Interesting, but who?

This house that I laboured so hard to restore will be home to another family who know little of us, or even care. All of these ramblings will drift around in the digital ether and be forgotten, my thoughts which were so original to me will be rethought by a future generation who word them in a new originality suitable to their time.

And all that was so important to me will be reduced to a dash one inch long on a headstone.

Fortunately for me as a Christian that is not all there is. I am assured in the word of God that everything down to the last word and thought is recorded in the book of God. That gives me great hope…this world rolls slowly along and generations come and go but each miracle of a human is important to God.

Even if I were to discover, invent or write some great work I would still be forgotten in time….but in eternity the smallest act done in His name is of value.

Previous Entries When crossing the car park is "all things." Next Entries Escaping with intent