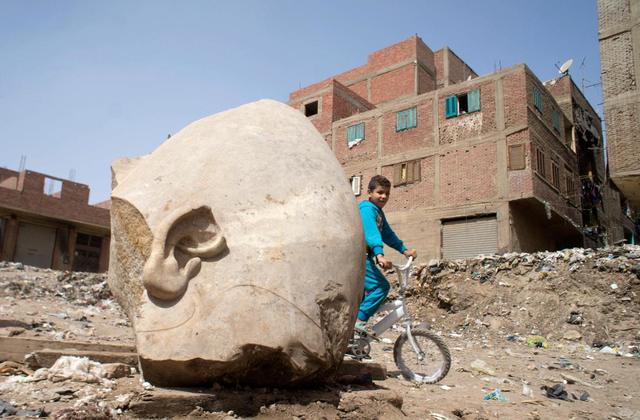 In my year at school (my second high school) were two brothers, twins.

Scott and Gary were cool, they had chrome burner bmx bikes and flew high over the jumps at the bmx track down the hill from their house. The school was an equal split of poorer and wealthier kids, the twins were from the first group but they were not dirt poor just not well off.

Gary was the first and only twelve year old that I have met who wanted to be a stone mason. He was very clear in his desire and spoke of no other career prospect, I never knew what drove this desire or if he ever realised his desire. I walked past his old house a couple of months ago and it was the first thought that came to me, sadly I will never know.


Over three thousand years ago stone masons were very busy in what is now a struggling Middle Eastern country. Back then the god-king issued commands and thousands of men set to work. Monolithic structures and monuments, statues and palaces rose from the sands of Egypt in praise and honour of the mighty Ramses the second.

The country had been reduced to servitude by Joseph (of the technicolour dreamcoat fame) in exchange for their lives during a crippling famine. So it was that the king had a nation of employees to turn his dreams into marvellous reality.

The skill that these masons possessed was magnificent, the fact that 3200 years later their works stands for all to see is testament to their abilities. We think we are doing well if our buildings remain for several hundred years.

Looking last week at the head of Ramses as it sat in Cairo slum inspired me. In a land full of historical antiquities it is still astounding that a giant carved head three millenia old can go unnoticed by the general populace. However, it wasn’t in a gentrified area where time, money and effort are available to appreciate art. That is not to say that these three things are a prerequisite of appreciation, simply that they reduce the mind from the other stresses of life.

As a family we often visit an art gallery in Glasgow. This collection was gathered by a wealthy gentleman to allow his fellow city dwellers access to great works of art for free.

In one room alone there are paintings by most of the recognisable names from the history of the art world. My favourite Salvador Dali work is owned by the museum and in spite of its 60 million price tag hangs for all to see if they so desire.

All of these works are incredible in their own right bit it takes someone to appreciate them before a value is attached to them. 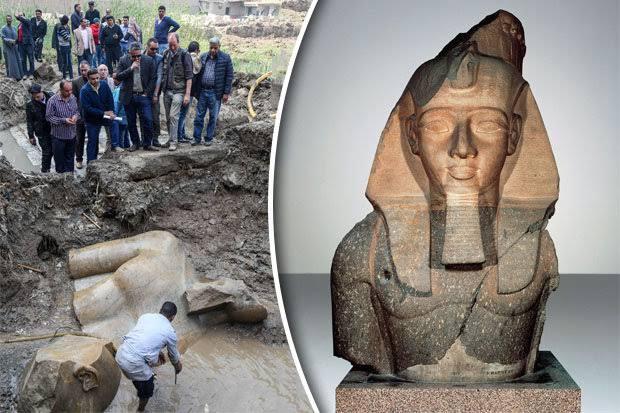 Ramses would be horrified that his likeness was lying in the mud under the feet of those he commanded to worship him. But he placed no value in the lives of his subjects, they were his to use as he desired. For the occupants of this deprived Cairo region just getting by is the focus, they will not benefit any more than the mason who carved the statue all of those years ago from its re-emergence.

The leaders of today place no more value upon the poor than Ramses did.

Ultimately all art will return to dust like it’s creator, it is the fickle nature of mankind that celebrates the genius after it is gone and gives little credit to the living.

I started this with incredulity at the residents of Cairo and find myself now with sympathy for them. People will never see value until they themselves feel valued.