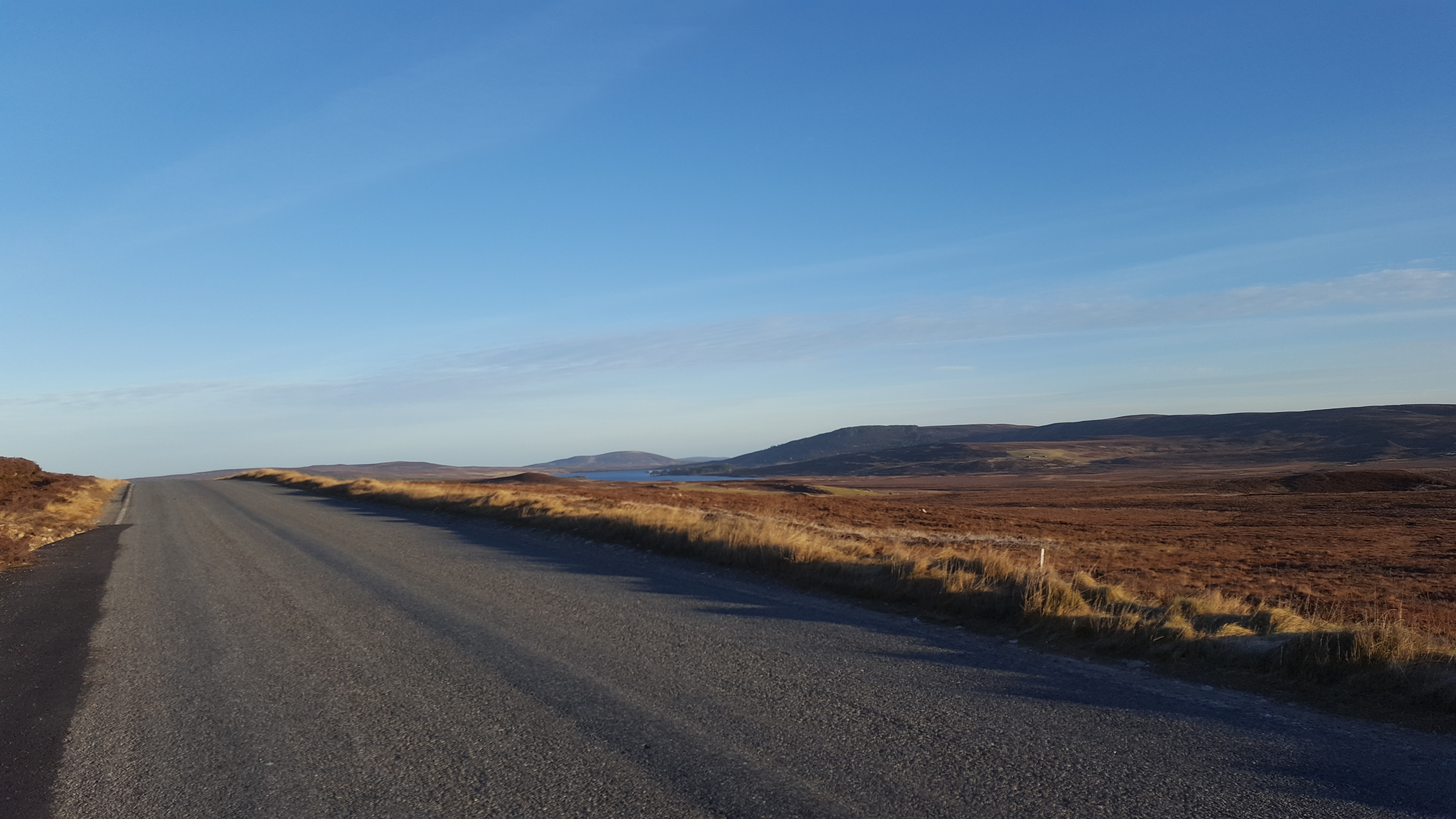 Thankfully this was not an order, neither was it a request, it was a notational desire that turned into a compulsion.

With Christmas and New year slowly gliding into the recent past I was taken with a thought, perhaps we could escape north for an overnight. The weather had been remarkably settled and sunny, there was lion lynsey the faintest of breezes and daytime temperatures were holding a few degrees above freezing.

The holiday period had been great, family and friends aplenty and the usual over abundance of food. Each day not spent at work was a joy because it meant the freedom to please ourselves whether we gazed dreamily at the TV while grazing like some vacant bovine, or if we factored friends into the equation. Happily it was an even mix.


Long slow never ending hours were making the days melt together into an imperceptible moosh akin to retirement.

So having consulted with my online travel advisor it quickly became apparent that a family excursion was not going to happen.  This married to the fact that the woman whom I am married to was returning to work, I had rather inconveniently misplaced a day and had not noticed this.

Thus it was that with all housemates otherwise occupied at work or school I ventured solitarily off and heeded Ray Charles’ advice to ‘Hit the road’.

Two hours before the sun would don his hat or even break the Eastern horizon I was motoring North. In a bid to listen to my own advice I was on a mission to seek a lower heart rate and establish peacefulness before the inevitable return to work on the fast approaching Monday.

Usually when I make this three hour drive there are no stops, it is foot down and tyres spinning. This time was different, as the sun began to extend it’s early rays upwards I was immediately possessed with the desire to capture them. I understand that they plant trees at the roadsides to deflect the cross winds but this is no help when you stop to take a photo. 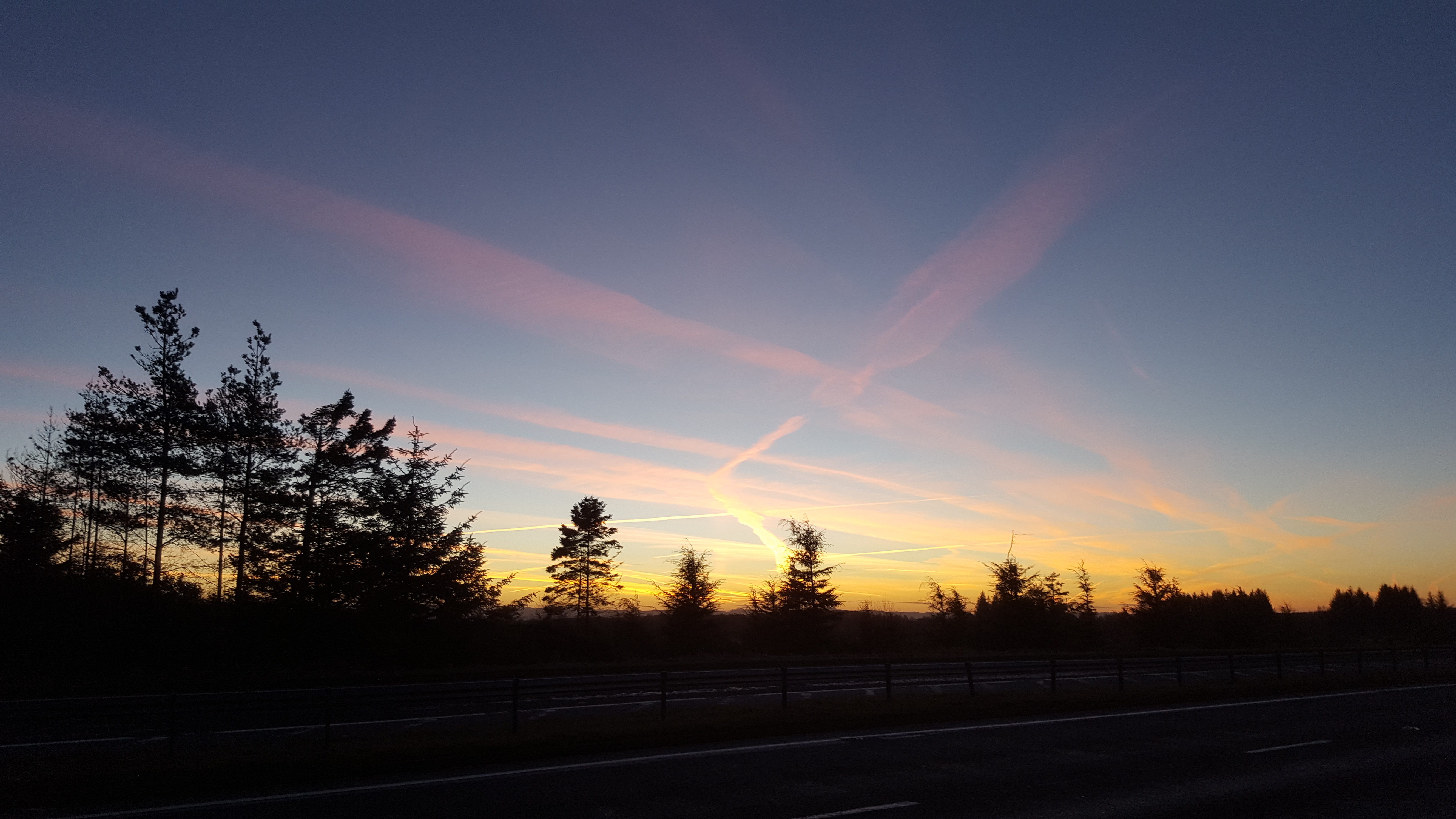 Scrambling up embankments in the early am with trucks hurtling past is not that much fun!

By the time that I had arrived at my destination there had been more stops than any previous journey, perhaps more than all combined. But I saw a herd of red deer with the impressive stag leading the way, I captured orange glowing snowy mountains and frozen pools. I pulled over in the most breathtakingly cold but beautiful road to eat my bacon roll and ridiculously large coffee, and all before ten in the morning.

The hours that I spent wandering along a sparsely populated beach were the most relaxed that I have spent in a long time. The low January sunshine cast long shadows over the immaculate sand, it reflected gloriously in the pools left by the receding tide and shimmered in the rusting pipe that wound it’s way out to sea. 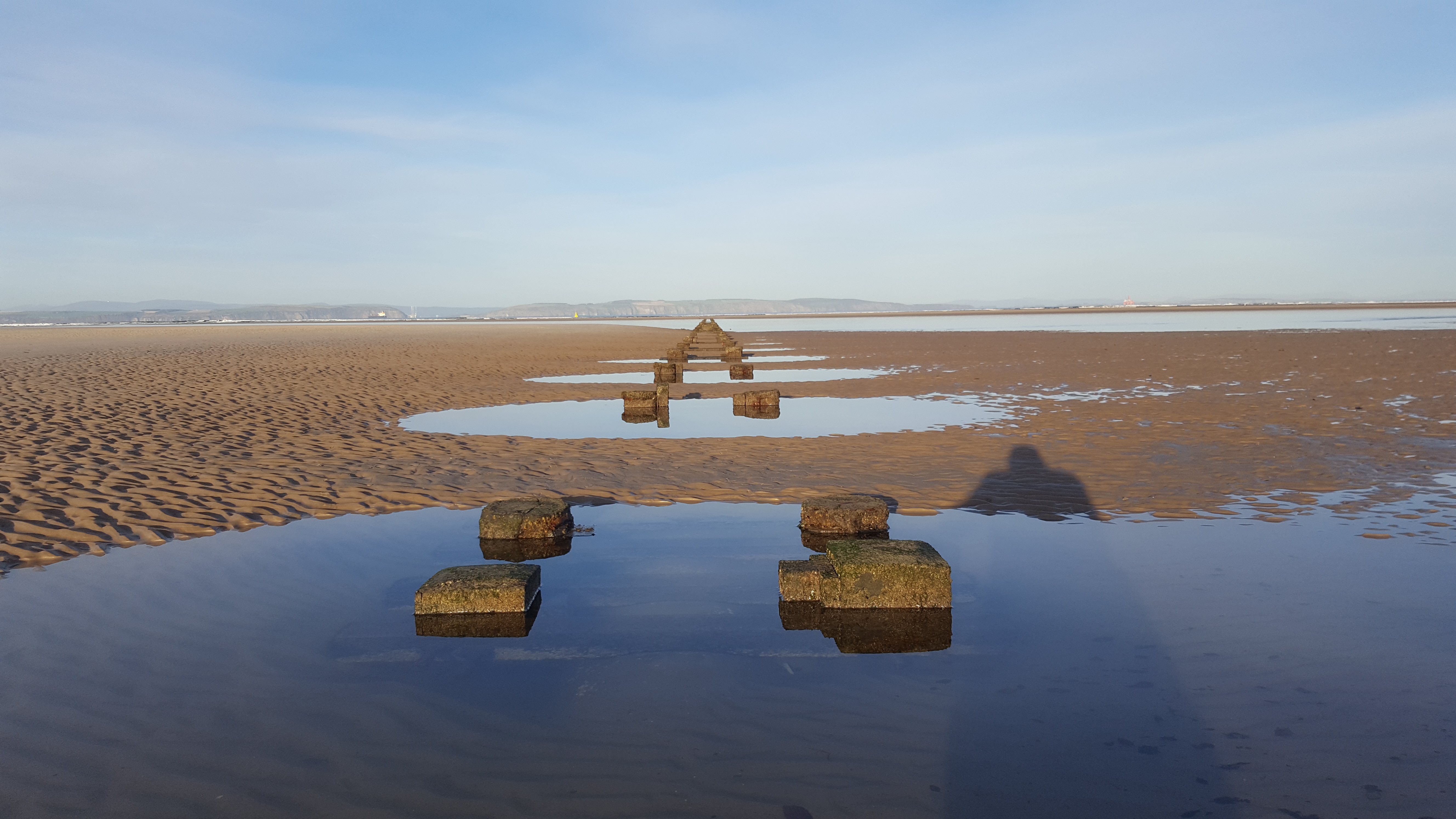 As days go, it was up there with the best of them. I missed having my three significant others with me but it wasn’t that kind of day. The silence was spectacular. The weather was ideal and the aim was fulfilled.

I spent some hours with friends before beginning the return journey, sitting here in my own bed with the my wife breathing steadily at my side and the dwindling traffic ebbing away, the joy of that day is still fresh. It is stored in the vaults and backed up by photographs and video to be revisited until I can return again.

I am grateful to have such a place.

Previous Entries Means what? Next Entries When crossing the car park is "all things."