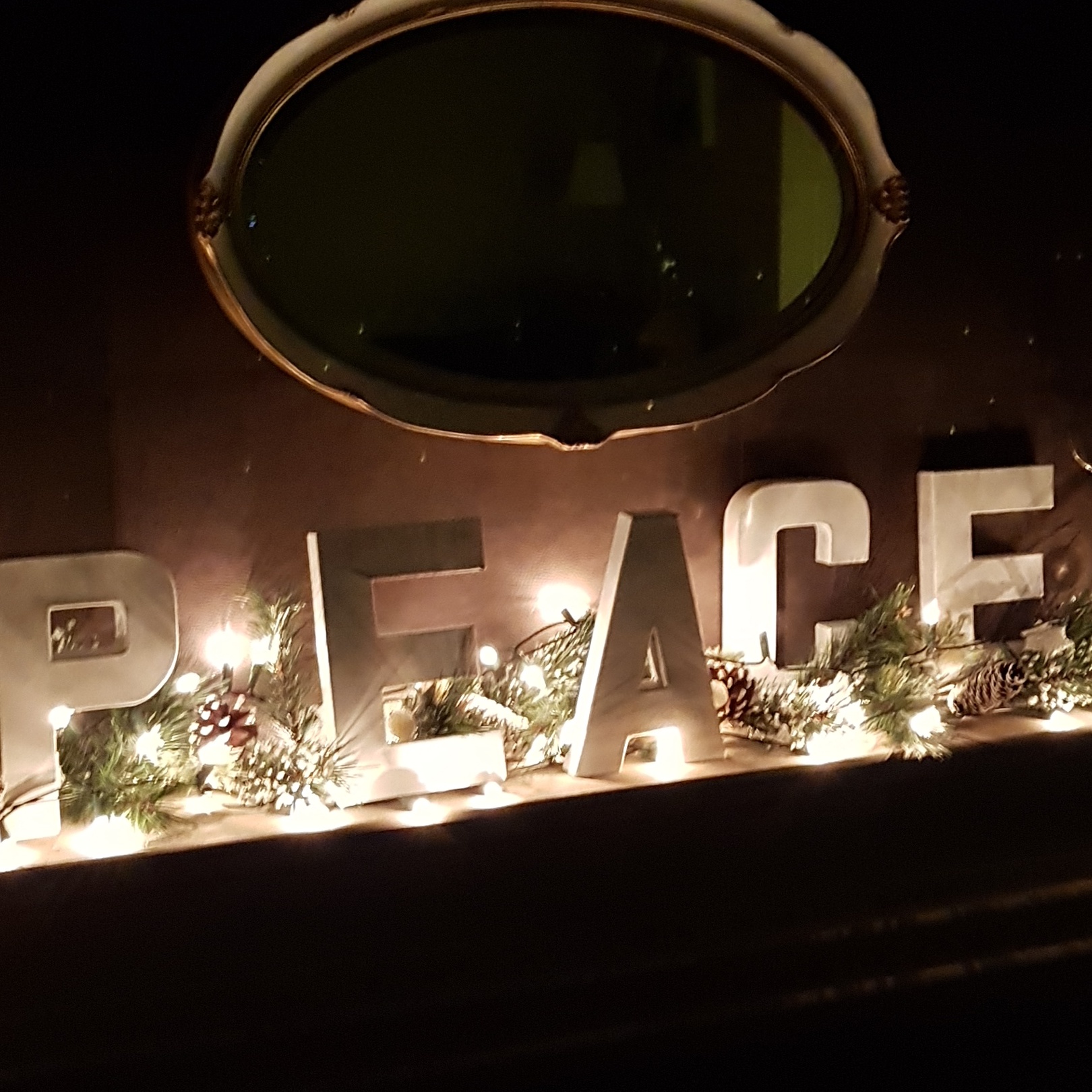 It would be fair to say that my relationship with this approaching season has not always been a favourable one.

In early years it was a fantastical and wonderful time, 1970’s tinsel hung from the four corners of the room into a chandelier of bling in the middle. Coloured fairy lights with plastic skirts bedecked the green tree and even more garish colours hung heavily around in a spiral.

Presents were cowboy outfits and Action man in nature and progressed over the years to a snooker table and computer games. Breakfast was preceded by copious amounts of chocolate and only the interlude for dinner broke the continual munching in front of long anticipated TV specials. These were days when even the VCR was unknown so if you missed a show or movie that was just too bad.


Carols were a baneful experience, our school insisted that we knew them by heart in order to display to the visiting adults just how good they were at teaching. For the boys it was a challenge to see how many words we could change without being caught, so the “shepherds washed their socks at night” the three oriental kings were “two in a bus, one in a car” and “io io io by old Mcdonald sungen.” Thus it was for years after that I despised all carols, they spoke only to my heart of musty classrooms and damp smelling spinsters.

The thaw began slowly (like a freezer with door left slightly ajar) with a wedding….mine.

Our first Christmas saw the arrival of some lights, they were hung proudly around a fake topiary tree in the corner. Year two brought the arrival of our first tree, a handsome full bodied specimen from the local garden centre, 18 years later it still emerges from the attic on the first week in December. Our foray into real trees was short lived, the first one was purchased from a local stately home, their forest is culled yearly to generate a little income. It was magnificent, at 12 feet tall it required to be reduced some eight inches to fit in, when the net was cut it shot out in every direction like the billowing dress of a Victorian lady. Our second (and last) fir tree was the source of great mirth and no little ridicule. Purchased online it arrived in a lorry looking instantly ashamed and sorry for itself, we endured the mocking but have never again returned to a real tree.

I have embraced Christmas in the way that you would any national festival, for me, it does not immediately speak of a Christian event. But I endeavour to focus on this aspect of it and remind myself that irrespective of dates and arguments as to biblical specifics, something incredible is being brought to the global psyché at least once every year.

A baby appeared miraculously and changed everything.

So Frank Sinatra is to blame! Several years after we were married we purchased a CD of Christmas songs by the great man. I was then introduced to his version of, ‘It came upon a midnight clear.” To my mind one of the best versions, followed closely by Norah Jones and Ella Fitzgerald.

The doctrinal veracity of the song isn’t a hundred percent but the sentiment certainly is, out in a dark field near Bethlehem a handful of shepherds received an angelic revelation of “peace on earth from heaven’s all gracious King.” Only their part of the world was silent to hear it but they themselves did not stay silent about it for long.

The strains of the angelic band struggle to be heard today over the endless December loop of Slade and the eponymous Michael Bublé et al, but in every card shop, in every gift wrapping and in amongst everything that shouts the “Babel cry” the quiet influence is still heard by those who care to listen. As twee as our perception of the manger scene may be it stands true, a King was born there, a King who died (to win a battle we could not ever hope to) began something that night which echoes throughout all creation, until at last everything is set right once more.

For me, Christmas season begins when Michael Bublè first sings ‘Silver bells,’ that is all I need to stir something dormant for the other eleven months.

O ye beneath life’s crushing load,
Whose forms are bending low,
Who toil along the climbing way
With painful steps and slow;
Look now, for glad and golden hours
Come swiftly on the wing;
Oh rest beside the weary road
And hear the angels sing.

The message is unchanged.