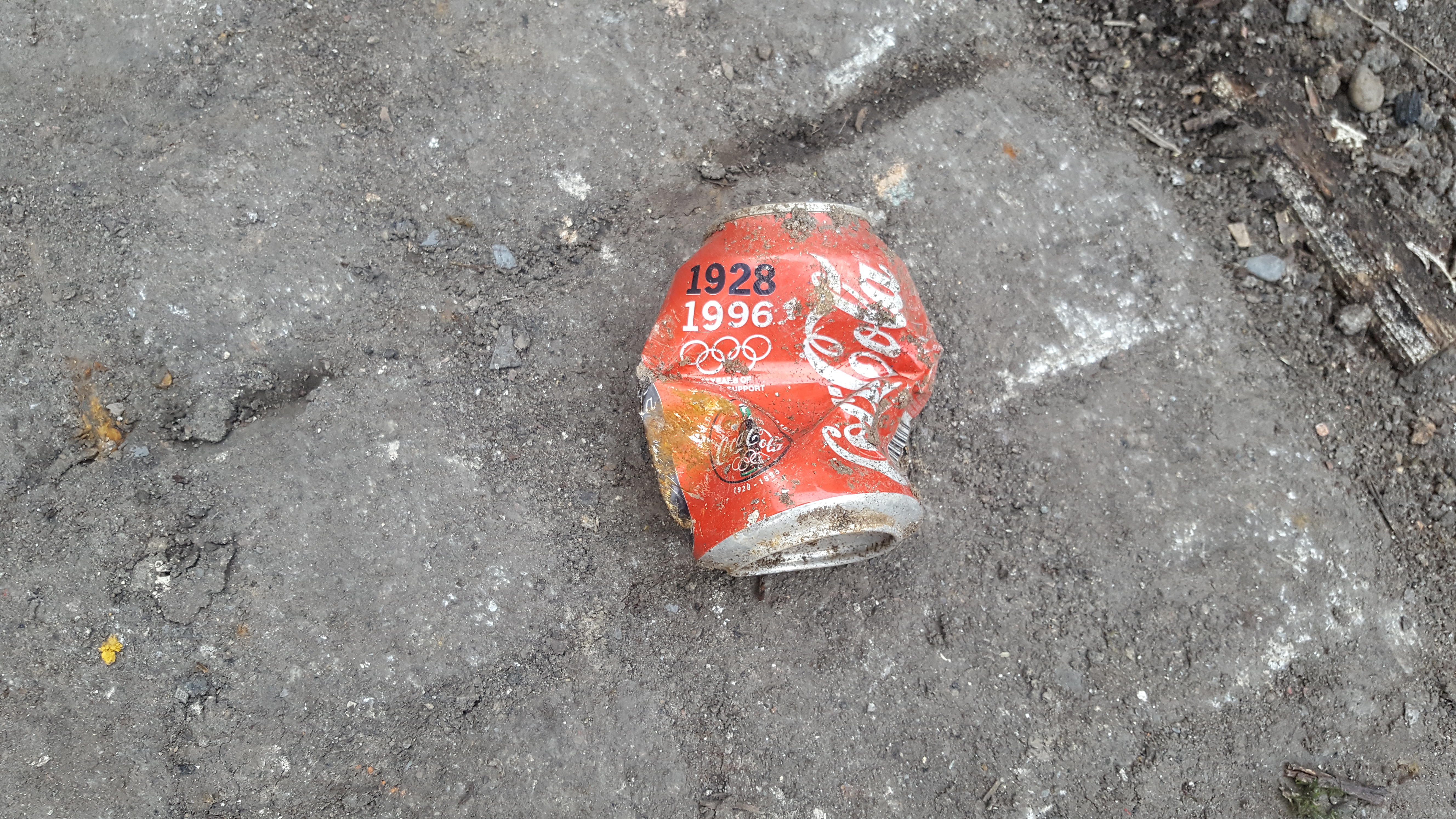 Being confronted with a find like this in Olympic year forces some little retrospection.

Ever since buying our house the rear yard has been an ongoing challenge. In the first three weeks of ownership we got a weed whacker and cleared a path through the resident jungle that allowed the car to at least get round there.

In the years that followed we discovered 120 year old cobbles underneath the 8 inches of foliage and thistles. Over the the 30 years of neglect people had steadily added their contribution to the mess that was to become our garden. Mattresses, clothes, stolen purses, old shoes and assorted car parts found their way behind our house into the amazonian forrest that had grown unchecked.

Our most interesting find came with the excavation that preceded the deck being built. I never knew of a tree to grow on top of concrete until I started removing it, the roots had squeezed down between a very narrow crack and were supporting a substantial trunk. Once it was removed, lying exposed in all of it’s bleached glory was a bone that strongly resembled a femur, a human femur.


Cue the police and a squad car stationed in our yard for the afternoon, one very happy son and a pair of slightly concerned parents.

The call came at around 6pm and the squad car exited. Apparently there used to be a butchers shop two doors up and the bones were, and I quote, “nothing to worry about!” This was indeed welcome news and allayed future worries when further bones popped through the soil.

Since then we have wrestled some degree of civility into the space and have even managed to succeed in growing real live plants. The potato fiasco is better left in it’s disastrous place in the past, suffice it to say the Irish had more return during their famine than we did.

The one corner that has never been defeated is a pile that I have slowly picked away at for years. It is one of those small hills that everyone feels free to add to because it is there, it is a conglomeration of historical detritus and I hate it!

Yesterday I decided to attack it.

I bought rubble sacks and began filling them in quick succession. As I dug away at it there surfaced a progression through the years, there were bags announcing companies that had long since ceased trading, wrappers of confectionary that I recognised from my childhood and this Coke can pictured above from 20 years ago.

I am of the generation that has lost a decade, the millennium has stolen ten years from us and we still think of the nineties as last decade.

Having lost another couple of years to depression I feel that rooting through the pile of junk behind our house has been a great focusing exercise. These post millennium years were good years in a learning and formative sense, they were the foundation of our family and home and were hugely enjoyable, with the benefit of hindsight.

From that pile of rubbish I have learned that people will disrespect anything that is not cared for, they feel no disinclination whatever  to wander around with big muddy boots when it looks like nobody else is bothering.

We have been forced on many occasions to point out to unwanted visitors that they need to leave, that this area is under new ownership and previous habits will not be tolerated. This takes time, but people eventually get the message and only the most stubborn persist, they too can be realigned.

With time, effort and determination you can reclaim or establish order. This house has taught me more than any book ever did about what it takes to accomplish and maintain things in life. But as long as we live here I hope always to remain open to the lessons that come our way.

For now, just making some inroads into the last messy corner feels like therapy in itself, it will not be a fast process but it has at least begun.

13 thoughts on “A short walk through history”