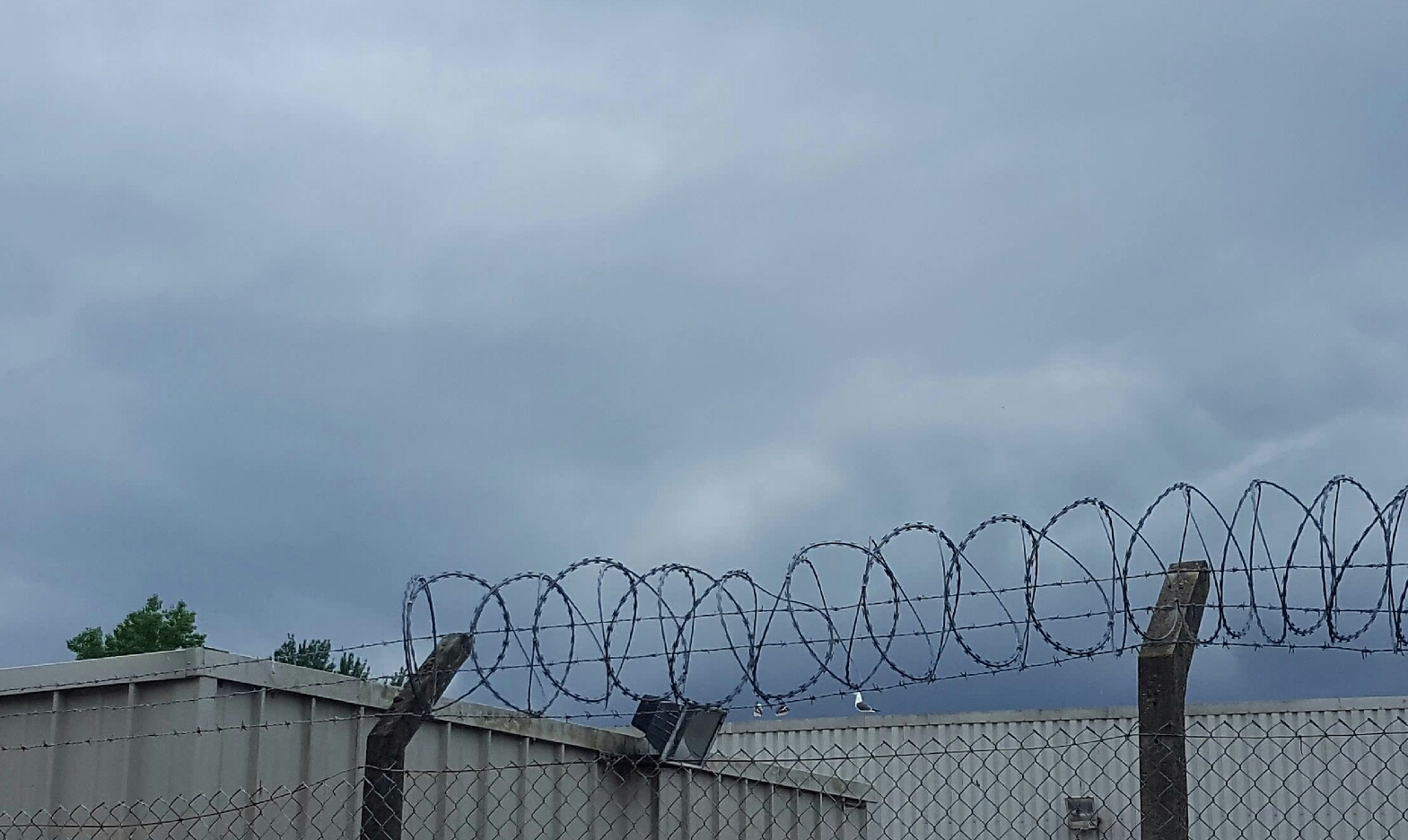 Razor wire is a funny thing, not funny haha obviously. There are not many anecdotes which include Razor wire in the telling that have us in the correct kind of stitches.

I don’t recall Razor wire anywhere when I was a child. The closest thing we had to it was barbed wire with its classic 4 pointed spike at regular intervals, which conveniently tore at your clothing. This was mostly found around farmland and usually only on the top wire.

The first house I can remember living in backed on to a play park, it was a seventies play park so it had a paved surface (none of that bark stuff or rubberised bouncy surface, we were tough) and wooden roundabout, the slide and swings were stainless steel and gave you that metallic hand smell. Around the whole park was broken glass which we miraculously never fell on. (The glass was not deliberately placed there as some weird challenge).


To access this park I squeezed through a gap in our rear fence, ran between two wooden garages, jumped the perpetual puddle and arrived.

We moved from that house when I was 4, so my memories are scarce.

Every home we ever occupied had a boundary fence with the exception of one which had no garden at all. There is something that is buried deep within us to ring fence our property, like staking our claim and making it abundantly clear where is an acceptable boundary.

I have only just learned about the availability of invisible fences for our pets. The idea of a zappy collar has long amused me although I have never experienced one. Basically you put the collar on your pet or kid, (not really, but it is very tempting sometimes) run a wire around the designated area and when the collar gets near it will emit a gentle beep, followed by a not so gentle electric shock.

The idea being that said animal will soon associate the beep with the heart shaking display of his owners care for him. I still think it could work with kids (it’s because we love you pumpkin)!

The fence that we erected at the rear of our current property took quite some time to re-educate the individuals who were frequenting our garden. Some came to alleviate their bladder, some were just “passing through” the way that you would need to “pass through” a swamp when a path was the alternative.

It was not a fast process.

Happily the penny now seems to have dropped as we get next to no random visitors.

When Bing Crosby joined up with the Andrews sisters and sang “Don’t fence me in,” he had no idea that it was to become one of my favourite songs. The whole claustrophobic thing that I sometimes feel is exacerbated by living in the busy town, that is why I need out into the open spaces from time to time. No horse is required, just open space.

The older that I get, the more I wish I had a cattle prod to work in the same way the invisible fence does. Maybe if you could just give certain folks that little zing often enough they would get the message.

Mostly I don’t get offended, because I remember that I wrote before how that offence is a choice and I really try to live out this stuff.

I still believe that to be true, but it doesn’t mean that we cannot put up some boundaries to establish where the line of acceptability is.

We are not obliged to let people walk around our lives with their muddy boots on.

Previous Entries Every hair numbered Next Entries Celebrate the small

9 thoughts on “A fence or offence.”