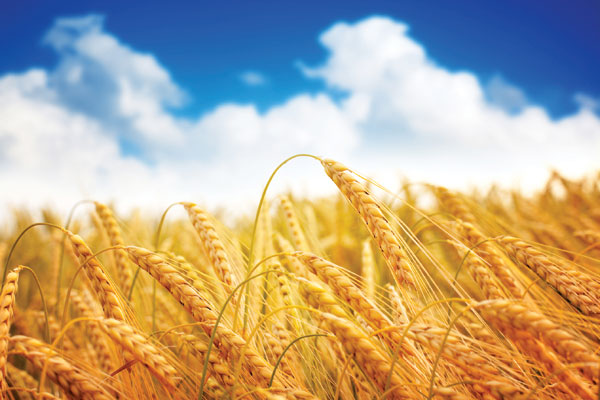 “You are stronger than you think you are now,” this line from the new Mike Posner song came ringing from the car stereo tonight as I somewhat vacantly drove past the golden wheat fields.

I do love this time of year as the wheat turns from green to gold.

There is nothing quite like the gently waving carpet of gold as the wind sweeps in waves over the bending stalks. The light at this time is different from any other time and as dusk falls the warmth of the wheat even seems to soften the grey of the sky.

I have always loved wheat, it is basically just cultured grass. At some indeterminate point of history in south America this grass was cultivated into what we now rely so heavily upon in our daily diet.


The tall erect stalks grow strong and skyward for months until the kernels become so heavy that the head can no longer hold upright. So now as it nears the time when it will ready to harvest, the once proud stalk is merely holding a stooping head that awaits execution.

Each of those individual wheat grains contain the possibility of producing two dozen more if stored and planted next year. If they are ground to dust they can be used to make bread, cakes, biscuits, cereal, and added to virtually every food group as a consituant ingredient.

What once grew wild on the Andean plains is now sustenance food for billions of humans.

Left in the fields to gently sway it will slowly die. Nobody would benefit from the potential stored in those little grains, the stalks would cripple under the weight and the rain would ruin and rot each of the countless grains in the field.

We look at such crops and would never for a second expect the farmer to be so foolish as to waste what he has invested in. Bob Geldof famously confronted Margaret Thatcher in the mid eighties about the vast mountains of wheat lying in European stores while millions starved to death in Ethiopia.

Whatever was on the mind of Mr Posner as he penned those opening words matters little to me. The sentiment however struck a resonant chord.

We each face uphill struggles throughout our short years and sometimes they really wear us down. So many of our friends recently have expressed as much, life is not an easy ride…for anyone. I don’t care if they have billions in the bank, they go through the same illnesses and bereavement as you and I do.

However, like that wheat with it’s head bowed to the ground we are so often growing into something completely new with the weight. As the blade flies and decapitates these stalks they have no idea of the fruitful future that they will be heading for. Years from now we will be eating food containing this years harvest, just think about that!

If we are willing, the lessons that we learn in these heavy weighty times can be used to nourish others in days yet to come.

We are stronger than we now feel, so keep going forward.

Previous Entries Thank you Next Entries Into the wild